Mastodon Alan Moore on being an artist | Yunchtime 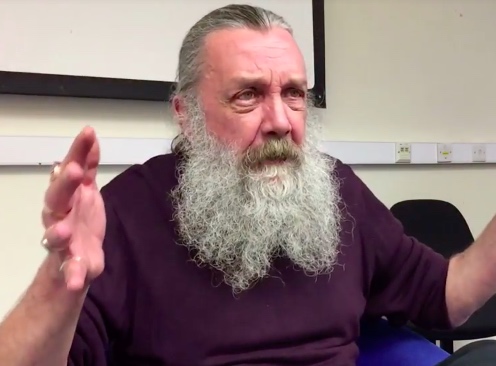 I found myself, (when I was ostensibly trying to start a career), working on a ridiculously epic script, that I was going to write and draw myself…

And I suddenly realized: oh you’re doing this, because you know that you’re never going to finish it.

Because if you were working upon a product you that could actually realize and finish, then that would mean having to send it off to somebody, and that would mean them judging it.

And they might say that: “No I’m sorry, this is rubbish, you’re wasting your time.
All of your dreams of one day being a writer or an artist… no … you were deluded!”

And then you wouldn’t even have that dream anymore, would you?

And I thought, yeah, that’s what you’re doing. and that is completely stupid because

when any spotty 14 year-old poet – who’s got to stand up and read his work in public for the first time – can overcome that!

when any karaoke drunk can overcome that fear!

So I thought, yeah, work upon something that is realizable and sensible.

Send it in,
have it rejected,
learn from that experience,
do something else,
send it in again…