Upon the strange occasion of meeting with some people from out of town two days in a row, I realized the extent to which my social interactions have migrated to the Internet.

Here we were, in the 3D world, on a nice sunny afternoon. We were standing on the sidewalk under a tree. And the day before, we were driving into town and actually met with some humans at a cafe. It’s true, we were only standing around in the outdoor area waiting for take-out together. But even so, it was not just another adjustable image on a screen. It was meeting tangible people in the open air like the good old days.

These meat space encounters should have been extraordinary. After all, we hadn’t been visited by anyone at our home for many months. And those Rainbow Bowls at Living Life Alive were the first take out meals we purchased since the outbreak of the pandemic. Has it been six months? Is this the new normal?

But then, I realized, the new normal is primarily online. We’ve been completely engulfed by a streaming wave of virtual content. It’s a tsunami of potential channels to communicate within. What has been building for twenty years, has swamped us with it’s effervescent pixilated foam. You can shake your head, but the intensity of the digital realm is too strong, too addictive. You might look up and notice your hot cup of coffee has gone cold. And when did that ever happen before? If I sit back and make an objective assessment of how I now spend my time, it is the virtual that has become the standard way of life. What’s abnormal now is to actually meet people on the sidewalk in front of our house, or to drive down Commonwealth Ave to stop at a cafe.

Indeed, the virtual world has now become such a cosmic explosion of fascinating, interwoven fabrics, it’s like the entire population of humans who are online have been simultaneously huffing cannisters of nitrous-oxide. Our thought streams are bubbling into some wierd cloud of collective mental projections. We have stumbled into the storehouse of consciousness and we discovered that there is no door, there is no bottom, and there is no up, down, or sideways. As the Old One put it so well: “Who are you in this vast Multiverse, Mister Strange?“ 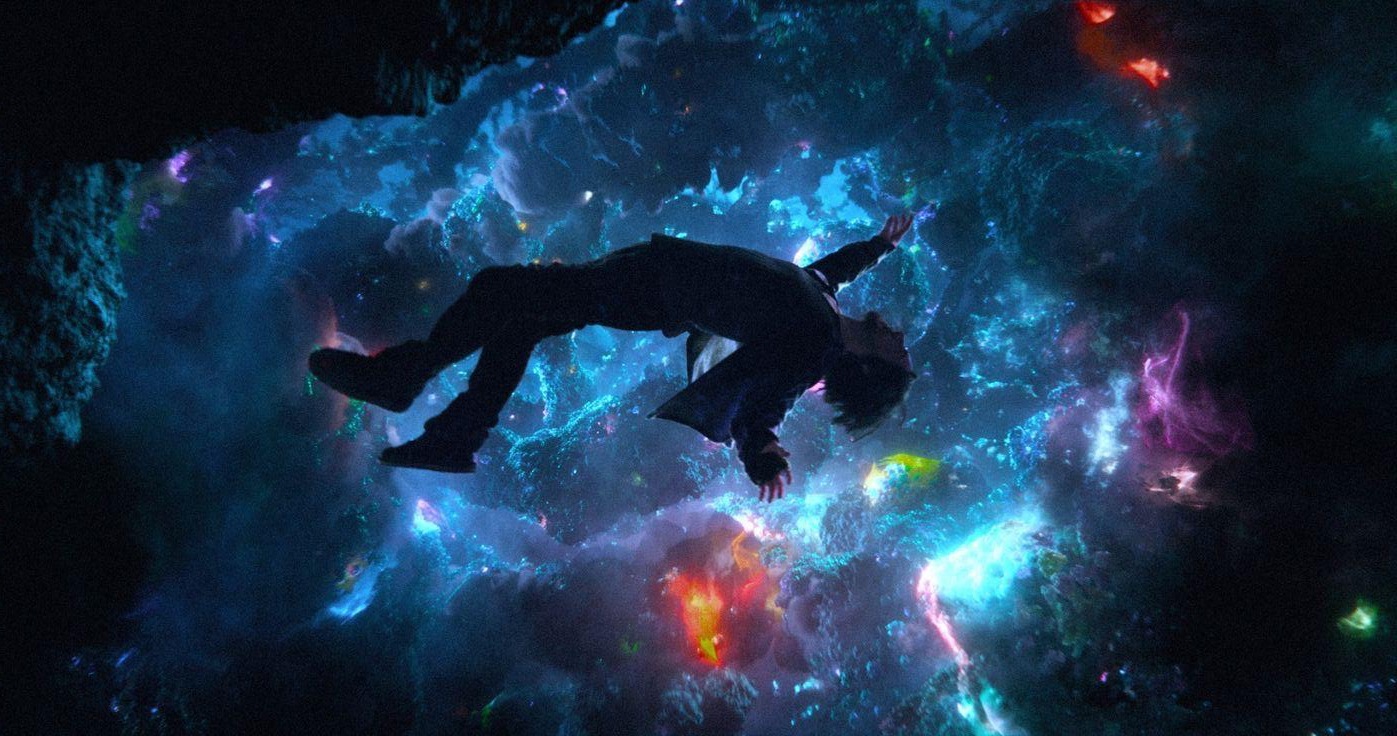 But in contemplating that mystery, I did not linger too long. I went immediately back into the constructed realities of the online communities that are sweeping the planet like wildfire. The networks that are suddely materializing, like mycelia fibers of mushrooms sprouting through the darkness, are quite comfortable, aren’t they?

For example, only yesterday I traveled backwards in time to the year 1965 for the Fandom Edition of Galactic Journey, where the participants all live in a time bubble 55 years before our current reality. Today’s tidbit is about the Apollo spacecraft:

[Sep. 6, 1965] The first operational #Apollo capsules have been built, and the first uncrewed flight is scheduled for next January! pic.twitter.com/kz70NgNbGV

This is a very curious endeavor, which I’ve been meaning to check out for some time. What originally captured my attention was a series of posts by Cora Buhlert called The Future in a Divided Land: SF in East and West Germany. In these explorations of German science fiction, Buhlert wrote about the year 1963 in the present tense. This should have been enough information for me to know how Galactic Journey functions, namely as a self-selected group of fans who choose to live inside of a proscribed time warp. Even so, it wasn’t until I actually joined the conversation, that I found myself stumbling along, and scarcely able to coordinate my own projections of reality into the channelized bubble of 1965.

While I was referring to things like Wikipedia, the guests were all keeping in character, which is to say, they were able to strain their own behavior through the filter of what they imagined 1965 to be like. This in itself is a sort of fascinating blob of surmises, that forms an unwieldly snowball and eventually begins to roll down the slope and take on a life of its own. You must imagine yourself into the year 1965, as you would participate in a LARP.

There is certainly a sort of charm in abandoning one’s own time stream, one’s own insistent reality, and casting off into a speculative imagined bubble that floats backwards to a specific year in the past.

Indeed, one of the amusing aspects of this exercise is to appreciate the sense of calibration that is going on among the participants… some of them floundering for a while in a vague half decade of early 60s-ish culture, and then sharpening their focus on a particular month, or even a particular day that corresponds to our own supposed real time presence. This calibration mechanism played back and forth among the travelers, as they nudged one another with references to things that had just happened (_ie_ not long before 5th Sep 1965), or to events that were likely to happen in the near future (after 5th Sep 1965).

Call it a time-centric LARP, or whatever you like, the Travelers are on to something. A way to trip on their own imaginations while celebrating the fannish past. Plus one for the Internet’s capacity to fuel a thinking game for temporally skewed transrealism! 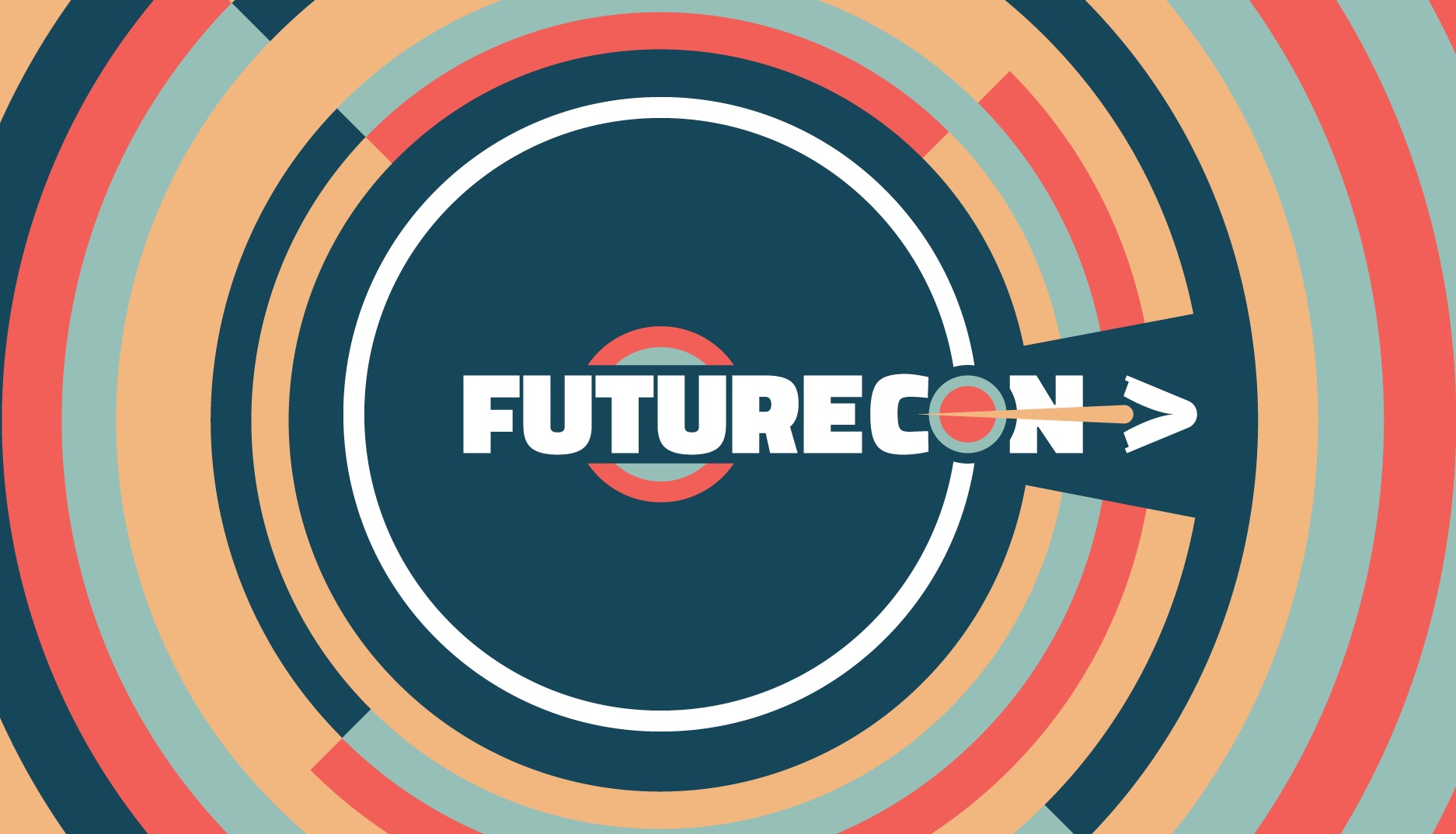 And then, today, I jumped the rails from time travel and entered the pre-conference sessions of Futurecon, which is snowballing into something very big indeed!

This con has the worthy objective of expanding the focus of science fiction fandom and discussion from it’s traditional gravity well of English speaking countries and publications to the wider planet of authors everywhere. In their own words:

Imagination is a subtle power. It does not know borders or languages. So we reach out to you with our voices from all over the world through our devices. The time has come to draw attention to Science Fiction stories written all over the planet — stories made of different languages, colors, shapes, hopes, and beliefs. The future happens everywhere. That’s why we are here.

A fine sentiment to kick off the first really global interactive sf con, even if (lacking Esperanto!) everyone had to default to English in the main channels. Nonetheless, interesting threads were taking shape. Channels for Authors, Editors, Translators, and Story Recommendations. In addition, there are language specific channels already set up for Portugese, Italian, Spanish, Chinese, French, Hindi, Igbo, Turkish, Russian, and Japanese. This is going to be one hell of a con, folks! I would say, send a reasonable donation to the organizers and join the fun. Or you can participate for free, if your budget has been covid-ized. Which makes sense, because the whole point of a truly global confab is to bring everybody into the conversation based on their ideas and interests, not on the meaningless markers of a specific cultural bucket that they happened to land in when they were born. Buddha knows I had no agency over the forceps that dragged me screaming onto this planet in Cook County, Illinois. So, I say, jump in the pool and let’s get this party started (Sep 17th)!

When Futurecon is said and done, I’ll chuff together another con report. Meanwhile, I have to tell you that I’ve already found some cool threads in the pre-conference channels.

For example, the Luna Press anthology Steampunk Writers Around the World features a story by César Santivañez that I really want to read.

And when Taiyo Fujii joined the conference, I soon found his interesting story, Violation of the TrueNet Security Act, which will ring true for most of us who were dragged through the roles of system administrators and web-programmers during the last decade.

Probably the most interesting thing I stumbled upon was in the story recommendations channel, The Wandering City, by Usman T. Malik. This story, published in the Us in Flux series from the Center for Science and the Imagination of Arizona State University, is really good! You can also watch an hour-long conversation between the author, James Graham, and Bob Beard on the same web-page, which I found interesting, as well.

In this story, Malik has presented us with a miraculous city of mystery, which suddenly appears in the middle of modern Lahore, Pakistan. The city has come to the people, at first as an inviolable mystery, where shock soon gives way to a clamoring absorption into the economy and culture of Lahore. Then, just as quickly, the Wandering City is breached and mapped by all the newest technology. Drones, kites, modified Go-pro cameras reveal the mythical grounds within. In this delightful tale, Malik swirls the reality of Pakistani culture around the vortex of a mythical presence – a city within a city, a mirage that tests and bends the real world around it’s unfathomable purpose.

Is the Wandering City an intervention from the past? An opportunity for the present? Or simply a conundrum? I can’t imagine a funnier metaphor for the global consciousness that our current pandemic has thrust upon us. It’s not as if we have reached out to form a common ground in facing the reality of the COVID-19 virus as it spread around the world. Quite the contrary, we have reacted like the shards of a broken mirror, chattering away into personal limbo lands, some of them so contrary to the obvious facts that they are simply ridiculous. As if millions and billions of people around the world would be accomplices in a hoax!

The virtual world is neither better, nor crazier, than any of the delusionary realms we’ve been inhabiting for all these millenia as human beings. Even so, let’s not ignore the fires raging all around, the melting permafrost, and the million year old pathogens that are warming back to life. We’re going to need our virtual networks, as long as the power grids last. When the Wandering City finds us, and the lights go out, it’s going to be a different story once again.