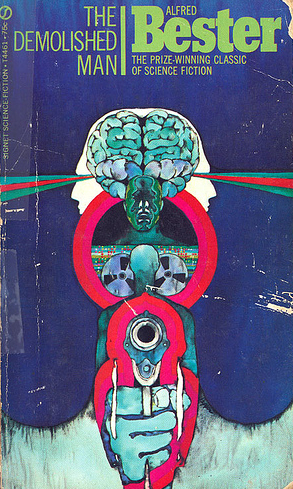 Gordon van Gelder launched the session by asking the panelists to relate an anecdote about great editing, and Patrick O’Leary started off with a note about David Hartwell. O’Leary said, “Hartwell grasped the contents of a story I sent him and shook them down to their basic elements, then he tossed them back at me and demanded a rewrite, along the lines of: Does the main character of this story have to be a monster, a pederast, AND a fire-breathing dragon? Why not just pick two of those and go with that?”

Brian Francis Slattery pointed out, that even though editors suggestions can often save a bad story, if they get too involved in the writing process, they can edit the story into incoherence. He cited an example of his own editing in which he so completely rewrote the story that it was both unrecognizable as the author’s style and had, at the same time, become incomprehensible.

Barry Malzberg said that if he had to choose an example, he would cite Horace Gold, “for pulling the Demolished Man out Alfred Bester, which was a great exploit!”

Van Gelder asked, “What about Daniel Keyes and Flowers for Algernon? Isn’t there a story about Gold asking Keyes to change the ending, and Keyes’ neighbor said to him, if you do that, I’ll go back to my house, get a baseball bat and use it break both your knees!”

“It wasn’t quite like that,” recalled Malzberg, “as I wrote in an essay years ago, when Gold said that he would only publish

Flowers for Algernon if the ending was changed so that the character of Charlie doesn’t wind up as an idiot, Keyes thought that it would ruin the story. Keyes wouldn’t do it and put the story aside. Then as it turned out, Keyes lived nearby the literary agent Robert Mills. They often rode the same train together commuting back and forth to the city. Supposedly, one day, as they were riding the train together Mills asked Keyes for a story and Keyes gave him Flowers for Algernon. After reading it, Mills told Keyes that he would publish it, but only if he was willing to make one important change. Assuming that Mills meant for him to change the ending, Keyes immediately starting begging Mills not to make him change the ending, anything but that! But Mills explained that he just wanted him to add a love interest, and with that resolved the story was published.” 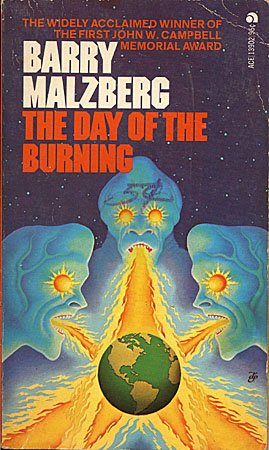 “There are other cases where the editor wants more than just changes,” Malzberg continued, “like my editor at Lancer Books. When I turned in the manuscript that I’d been contracted to write, called The Day of the Burning, he said to me ‘Barry, why are you handing me this shit, go home and write me a novel.’ And that just filled me with such a boiling rage, that I did go directly home just to show that him what I was made of and ending up writing The Men Inside.”

Samuel R. Delany: “What makes a great editor is that he or she will get really deep inside the work to the extent that they often understand it better than the writer. Many times the piece means too much to the author on a personal level and they can’t step back and see it objectively enough to know how to change it for the better. A good editor can both understand it and have enough distance from it to say, ‘have you thought of changing X, Y, and Z?’ and ultimately revitalize the writer to improve the work.”

Malzberg: “Another editor who deserves to be mentioned is Ben Bova. Considering that he was working as the editor of Analog right after the long run of John Campbell, he was able to make stories that never would have fit into Campbell’s paradigm feel like they were still Analog stories. Bova had this peculiar and strange power to publish some really unusual stories and still make them seem to the readers like Analog stories. And Bova got practically no credit for holding out through the interegnum between Campbell and the endless sleep of Stanley Schmidt that followed.” (laughter)

van Gelder: “Of course, you can’t forget Terry Carr. In the Encyclopedia of SF, Carr said himself that his greatest contribution to the field was to commission various authors to write novels besed on short stories.” 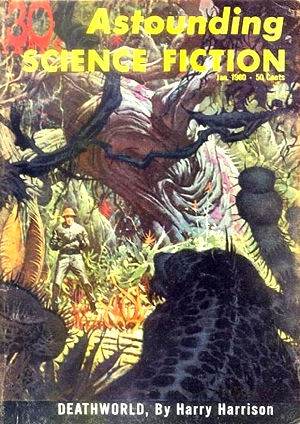 Malzberg: “On the subject of getting more out the author, there’s the case of Harry Harrison. He sent the original Deathworld story to John Campbell, who returned it with the comment, ‘interesting, let’s see more.” Three times Harrison sent in new and longer versions, and each time Campbell would send it back, saying ‘intersting, more!’ Finally, the fourth time Campbell accepted it and that became Harry Harrison’s first published novel. It enabled him to escape New York and become a writer. As for Terry Carr, he was amazing. His career spanned decades of series and Ace Specials, and in those Ace Specials he put out Left Hand of Darkness in 1968, and Neuromancer in 1982. That’s an incredible record. Of course, John Campbell was at Astounding & Analog for thirty-three years. Well, let’s face it, he stayed much too long.”

Delany: “Then you had a newcomer like Michael Moorcock, who came in at 25 years old to take over New Worlds. He was a kid, really, and when you think of the impact of New Worlds we’re still talking about those stories and the whole New Wave today. With that Arts Council grant, he brought in a whole group of talented writers, including the sort of material that you can’t imagine getting published anywhere else at the time, including highlights by authors like Ballard, M. John Harrison, Bayley, Spinrad, Tom Disch…” 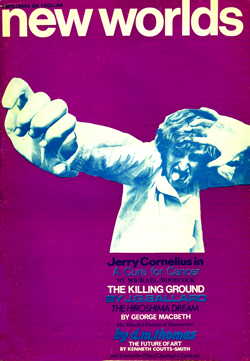 van Gelder: “At the time, Charles Platt figured that it would be a bright burst of light, but wouldn’t last.”

Malzberg: “Sure, Moorcock knew that the party wouldn’t last and he’d be moving on to something else. But the resulting explosion was like that old joke about the Velvet Underground in the 60s, even though they only had 1,000 listeners themselves all thousand of them started their own bands…”