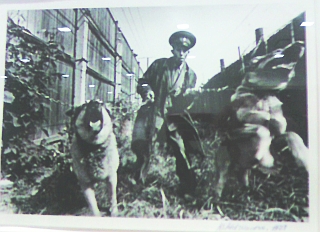 Went to the opening of an exhibit called Arts of Subversion, Nonconformist Art from the Soviet Union, which is a very nicely curated show that explores the lives of artists under the opressive fist of totalitarianism. The most shocking aspect of the exhibit, which of course is deliberately unstated, is the feeling of creeping familiarity that we have when looking at the works — don’t we also live in the same space? What makes the brutality and insanity of a regime that espouses torture any different from the KGB under Stalin, after all? As the attendees munched cheese and sipped Hungarian red wine, did they not feel a twinge of empathy for the character of Sergei Kotov in the brilliant (and terrifying) film, Burnt by the Sun? Or was that just me? 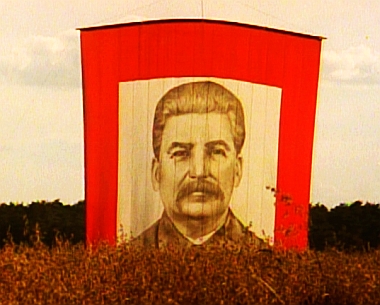 Still, it is always instructive to try to feel and understand what the artists were envisioning, and to appreciate the subtle (or unsubtle) ironies of how they depicted life under tyranny. Yuri Rybchinsky’s photos of prisons and slavering guard dogs are taken as if they were totally impersonal snapshots from a Kodak Brownie, and yet are riveting for their subject matter and splendid foreshortening which electrify the images with sudden energy.

The untitled portrait (perhaps self-portrait) by the art student, Boris Sveshnikov, while living in exile at the gulag is executed with almost casual mastery. But the expression of the subject is riven with the poignance of a man beaten but never defeated. 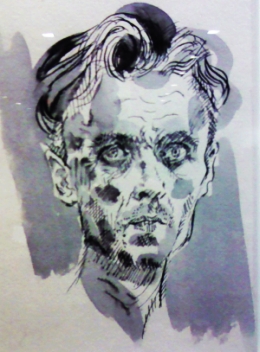 Back in the realm of obviousness, the large canvas by Alexei Sundakov that appeared over the opening descriptive summary of the exhibit, showed a crowd of people with their backs turned to the viewer, all hovering toward an invisible object that may have existed — though probably did not — under a sign reading meat. Is this enough to convey the sense of malaise and dissatisfaction that it proposes? Only through the flawless sterility of the scene, painted with smooth mastery reminiscent of George Tooker. 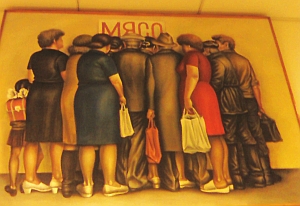 The exhibit featured a number of excellent pieces, including those of Peeter Ulas, Vello Vin, Ernst Neisvestny, and Oskar Rabin, to name a few. The substance of the commentaries seemed to be derived partly from the book, Beyond Memory: Soviet Nonconformist Photography, which looks quite good, especially the section on Subversive Photography by Ernest Larsen.

The show-stealing image, which appeared on the cover of the program, and which was reproduced on a gigantic 4 meter wide banner hanging from the atrium wall, was Boris Mikhailov’s hand-tinted photo of some Soviet apparatchiks marching along, draped with their honorary sashes. These are ordinary politicos in a local affair, which is evident by the disorganized band of smiling young pioneers marching behind them. Etched into these faces are the agonizing realities of being tools in the state machine, the machine that fattens them with luxuries while others go hungry, the machine that hustles them to and from meetings while others stand wearily in lines for non-existent meat. The farcical splash of super-rich primary colors across the black and white print, gives an obscene, Walt Disney edge to the parody! How this image provokes us to think of our own times, when party-line weasels enacted policies promulgated by the likes of Bush, Cheney, Rumsfeld, and the unseen octopus of geo-politicial black artists who stood them up before us! What sarcasm and gallows humor have we all had with their evil ways, all gaudily pumped up on their own false-flagged patriotism…don’t these bastards all look alike? 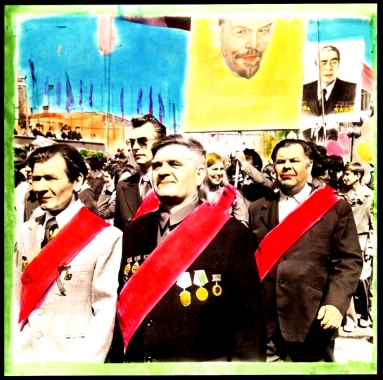