The fascinating novel _Rings of Saturn_ by W.G. Sebald captured my interest at the outset when he described the journey of Thomas Browne’s skull. The intrepid adventures of Browne’s skull, included an interlude beneath a glass bell jar at the Norfolk and Norwich Hospital Museum, as well as two burials. This gives Sebald ironic license to remark on passages from Browne’s book Urn Burial — in which Browne “offers the most fitting commentary on the subsequent odyssey of his own skull when he writes that to be gnaw’d out of our graves is a tragical abomination. But, he adds, who is to know the fate of his bones, or how often he is to be buried?”

This passage stuck in my mind, and seemed worthy of further inquiry… but who would have predicted that the next book I happened to pick up from my SF pile was _Them Bones_ by Howard Waldrop, which includes several quotes from _Urn Buria_l, including the identical passage! 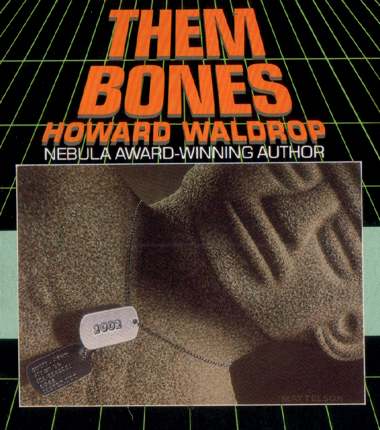 Waldrop gets the exact text much closer to the original: “To be gnawed out of our graves, to have our souls made drinking bowls, and our bones turned into pipes, to delight and sport our enemies, are tragical abominations, escaped in burning burials.” Waldrop also uses the other quote in its fuller form: “But who knows the fate of his bones, or how often he is to be buried? who hath the oracle of his ashes, or whither they are to be scattered?”

According to James Eason’s excellent transcription of the original 1658 edition of Browne’s Hydriotaphia, Urne-Buriall. or, a Brief Discourse of the Sepulchrall Urnes Lately Found in Norfolk, the original text reads: “To be knav’d out of our graves, to have our sculs made drinking-bowls, and our bones tuned into Pipes, to delight and sport our Enemies, are Tragicall abominations, escaped in burning Burials.“

As for Sebald, eliding the reference to the end of the sentence (‘escaped in burning Burials’), he transforms the quote from a practical discussion of interment and cremation, to a philosophical comment on the vagaries of mortal beings and their ultimate fate.

Are these misremembered passages? Hardly believable from two stylists such as Waldrop and Sebald. But the synchronicity of reading these two books in sequence cannot be written off so easily…

More fascinating details on Browne’s skull, dug up by erstwhile Eason, are here. 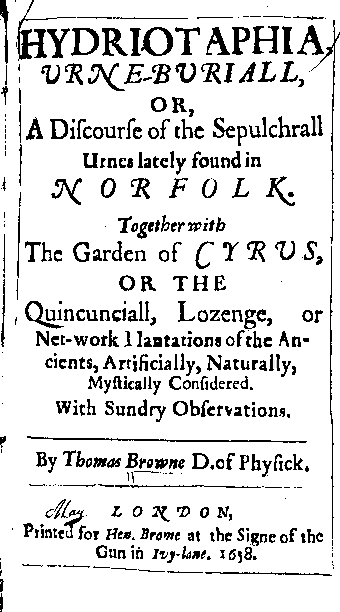